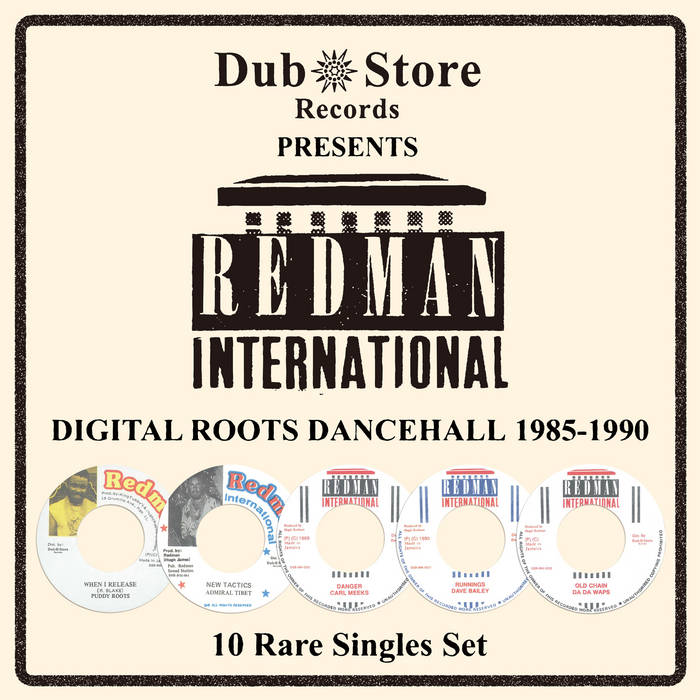 In 1985, with the emergence of a revolutional rhythm called Sleng Teng, the Jamaican music industry has opened a new door. King Jammy, the producer of this digital rhythm, soon became the most influential figure in the business and ascended the throne of the 80’s Dancehall scene.

His influence of this one crucial digital rhythm was apparent to most of forthcoming rhythms and producers are now allowed to reduce their producing costs by not employing a group of professional studio musicians to build those digital rhythms. Naturally, a number of producers increased during this period in the music business; however, the music sounded like Jammys productions and there was no originality to identify their productions.

While King Jammy was establishing his musical career further as a dominant figure in the Dancehall, there were two men who were trying to conquer his throne. Those men were King Tubby and Winston Riley. They released the tremendous hit rhythms “Tempo” and “Stalag” and both digital rhythms moderately became a part of a struggle for the dancehall supremacy.

Two years after the release of Sleng Teng, a young vigorous producer, who was originally a sound system operator, was maturing his tactics to rule over Jammy’s position. His name was Hugh ‘Redman’ James. Soon the producer was in the limelight during the late 80’s to the early 90’s for releasing a number of hits from his own Redman International label.

The sound system operator turned producer employed Steely & Clevie for his rhythm section like other major producers including King Jammy, King Tubby and Winston Riley. But the rhythms he created were literally new when compared to the works of other 80’s labels. Many would still say that Redman’s style is very similar to King Jammys. But at the same time, he identified his music by dripping the essence of Jamaican roots music, which inevitably distinguished his sound and originality.

Themes that Redman accompanied were very obvious in titles, which he produced. Titles such as ‘Weh Dem Fah’ and ‘Danger’ by Carl Meeks, ‘Dangerous’ by Conroy Smith, ‘New Tactics’ by Admiral Tibett, ‘Careless People’ by Tony Tuff and ‘Concrete Jungle’ and ‘Runnings’ by Dave Bailey are considerably some of his best productions that featured those clear themes and conscious messages from those artists.

A major breakthrough came to Redman when he versioned a Studio One classic ‘Run Run’ by Delroy Wilson to create a massive hit ‘Koloko’ by Clement Irie. On the same rhythm, Johnny P, Daddy Lilly, Rappa Robert & Tippa Lee have also recorded other striving songs. In addition, he produced many talented artists like Red Dragon, Frankie Paul, Courtney Melody and released other quality productions.

Throughout the Redman’s catalogue, all of the songs and rhythms were basically created to target patrons at various dancehall venues as he was originally a sound system man. Also dub versions to his rhythms were very remarkable productions. For these reasons, his music is still highly demanded and respected from the day that Redman founded his label over twenty years ago.