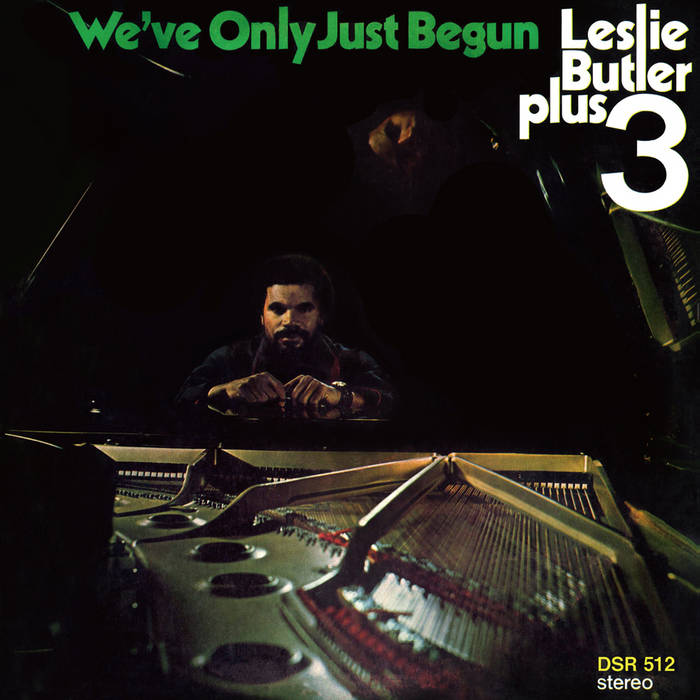 Mike Allin This album basically spotlights that period in the 70's when brilliant 'version's' of popular tunes were coming out of Jamaica! Raw and polished at the same time!! Favorite track: Shaft.

Because of his superior talent and intense personality, one of the most ingenious Jamaican pianists Leslie Butler had a lack of releases, however he was given an exceptional chance by Federal Records to record this album, of the most peculiar long players in the history of Jamaican music.

This beautifully finished Jamaican Jazz Funk / Rare Groove album is mostly constructed with the traditional covers that all Jamaicans will know, with wonderful arrangements by a very Jamaican ensemble stripping aesthetics which give the album a whole new character that can’t be heard elsewhere. This masterpiece should make it to the shelves of not only reggae fans but Soul and Jazz fans as well.

Leslie Butler always committed to make serious pieces of music – he never liked to make either Jamaican popular music nor business-like commercial music. He had a strong belief of not letting others to control his talent. Therefore there were often conflicts between him and producers, or he was not even given the chance to record anything at all. It’s a really sad story, but this unfortunate musician’s style can be heard on other Federal recordings such as “Guitar In Ernest” by Ernest Ranglin and “Reggae Rhapsody” by himself.

Mille Petrozza stops by to talk about the new Kreator album, plus music by Trauma Bond