Hopeton Lewis - Take It Easy With The Rock Steady Beat 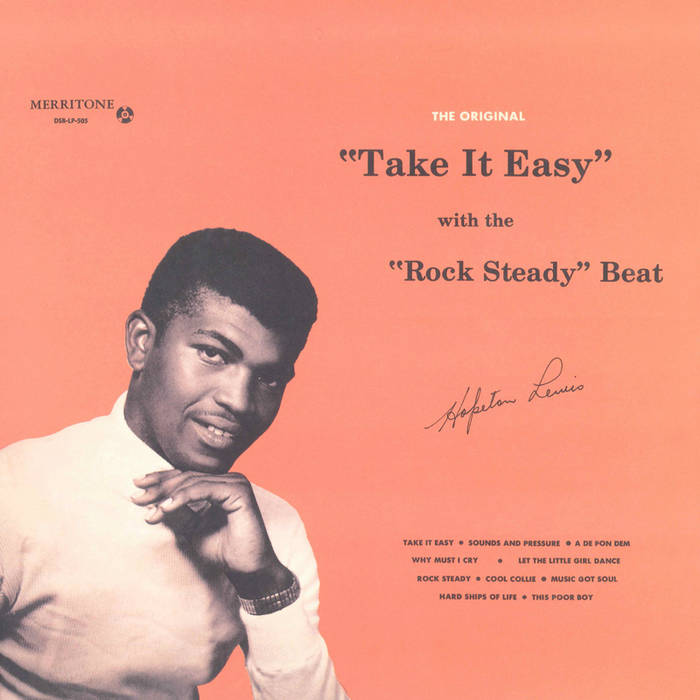 christopher cape I dare you to find another album that you can listen to all day. Just take your time on the commute home. People will thank you. Favorite track: Why Must I Cry.

M.D.L. This is a pivotal introduction into Rock Steady, I'm glad this was re-issued, all the music feels so good.

Take It Easy With The Rock Steady Beat is a fundamental album released in 1966 that determined the way Rocksteady was going to journey. In 1966, Rude Boys were at the peak of the fame with their notorious behaviors, while Ska gradually started to slow down its tempo. This album paved the way for a newborn music, Rocksteady, with a rather slower and tighter rhythm approach. This album should be considered as one of the ten most important albums in Reggae history.

The descent from Ska, which had its derivation from Jazz or Rhythm and Blues, to Rocksteady, with its various potential elements which would be passed to the next decade of Reggae, has been allegedly created in this album with Trinidadian guitarist Lynn Taitt and his band The Jets as the backing band. Entitled "Take It Easy With The Rock Steady Beat", most of the tunes featured in this album were written for praising dancehall as if Hopeton Lewis had known this genre was going to rule the dance floors. Among the tunes in this album, "This Music Got Soul" was the coolest of all and called out the dawn of the Rocksteady era. This tune had a huge influence on the future developments of Reggae music.

Mille Petrozza stops by to talk about the new Kreator album, plus music by Trauma Bond