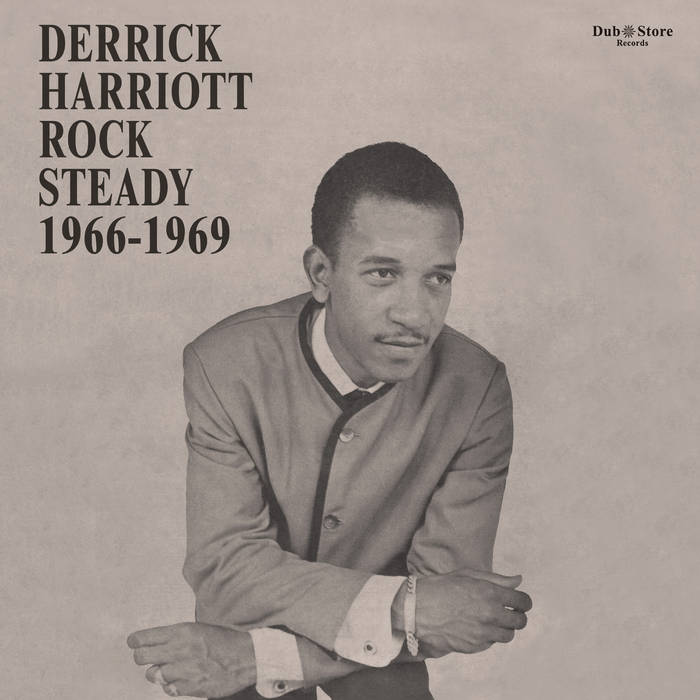 A selection of magical rocksteady music from one of the masters of the genre…One of the forerunners in Jamaican music from its very beginning, Derrick Harriott, along with a stellar cast, showcases the some superb rocksteady.

After an incredible sixty years in the Jamaican music business the ever youthful Derrick Harriott is still actively involved in making music, reissuing classics from his copious catalogue, performing stage shows that would exhaust a man half his age and continuing to run his record shop in Half Way Tree, Kingston, Jamaica.

Derrick Harriott first entered the musical arena in 1955 through Vere Johns Junior's Opportunity Hour talent contest where his solo renditions of 'When You Dance' proved very popular with one of the most demanding audiences in the world. After teaming up with a school friend, Claude Sang Jnr., in 1957 they began to practise on a "captured piano in the main assembly hall during breaks" and the duo sailed through the opening rounds of the Opportunity Hour talent contests before eventually coming second in the finals with 'I'm In Love'.

Sang & Harriott began to appear on Vere Johns Junior's 'Opportunity Knocks' radio show and Bim & Bam's live concerts around the island covering the hottest current American rhythm & blues records on Kingston's sound system circuit. Their next move was down to Stanley Motta's Recording Studio on Hanover Street, Kingston to record a self-financed acetate of the duo's own composition, 'Lollipop Girl', and the transcription disc, or dub plate, then became one of the hottest hits on said circuit. The following year Derrick formed the original Jiving Juniors with Derrick on lead tenor and falsetto, Claude's younger brother Herman Sang on piano, Maurice Wynter on tenor and Eugene Dwyer on bass.

After emigrating to New York in 1959 Derrick met with Claude Sang Jnr. And formed the second incarnation of the group with Jimmy Mudahy, Winston Service and Valmont Burke. Derrick returned to Kingston and re-recorded 'Lollipop Girl' for Duke Reid, which was a huge hit, and The Jiving Juniors began to record a string of hits for Duke Reid, Coxsone Dodd and Chris Blackwell's R&B label. The group also recorded at the prestigious Mirasound Recording Studios in New York but, despite their success, The Jiving Juniors disbanded in 1962 when Derrick made his first solo recording, an adaptation of Donnie Elbert's 'What Can I Do?', which he released on his own Crystal label. This first release went straight into the Top Five and after 'I Care' reached Number Two and 'Sugar Dandy' reached Number Three on the Jamaican Hit Parade there was no looking back for Derrick Harriott.

1966 proved to be a landmark year for Derrick as he opened his own record shop and distribution at 125 King Street in downtown Kingston and, like so many other Jamaican vocalists, he began to come into his own artistically with the gentler, more reflective rocksteady beat. Although heavily influenced by the music then emanating from America rocksteady proved to be an exciting and authentically new wholly Jamaican style and Derrick Harriott proved to be one its greatest exponents. A perfectionist who was never satisfied to accept the first, second or third take Derrick became well known as a painstaking task master in the studio… in the nicest possible way.

A stunning selection of some of his rocksteady classics from between 1966 and 1969 is featured on this release ranging from Derrick's biggest hits such as 'Solomon' and 'Do I Worry' and the legendary Keith & Tex with 'Stop That Train' and 'Tonight' to sought after obscurities including Junior Soul's 'Glendevon Special' and 'Magic Touch' and instrumentals from Bobby Ellis.

Junior Soul would later find international fame and fortune as Junior Murvin with 'Police & Thieves' and, by moving (and grooving) with the ever evolving styles and fashions, Derrick's copious catalogue of rocksteady classics began to form the backdrop to a slew of reggae classics from 1969 onwards. These included many of his spaghetti western themed instrumental records and pioneering deejay excursions with deejay Scotty on a series of hits. In 1972 Scotty's update of 'Stop That Train', entitled 'Draw Your Brakes', played over the opening credits of the seminal 'The Harder They Come' film and The Beastie Boys and Vanilla Ice later sampled Derrick's original version. The rhythms were returned to once again for Derrick's two classic dub LP's 'Scrub A Dub' and 'More Scrubbin' The Dub' and Derrick became the first producer to work with Dennis Brown after hearing him singing 'Solomon' on Byron Lee's stage shows.

His classic catalogue continues to exert a profound international influence and the timeless music of Derrick Harriott and his Musical Chariot, forerunners in Jamaican music from its very beginning, will always outdistance the opposition.